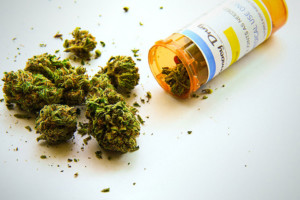 We know within State laws there is a hard line being drawn between medicinal and recreational use of cannabis. But we also know the reality among cannabis users- the lines are much blurrier than lawmakers can define. "Relaxation" to the recreational consumer is just a few shades lighter than "anti-anxiety" to the person struggling with crippling anxiety. We also know that one's personal choice in cannabis use, in specific situations and in general, can be motivated by more than just a single goal. And the discussion can become much richer when we consider that the goals themselves are often blurred when we talk about the intricate and complicated relationships between the mind and body, the differences between healing and cure, and the benefit of recreational use itself being it's own type of 'medicine.'

But whether a recreational consumer or a medicinal consumer, one aspect of cannabis use that has gone largely unacknowledged in American culture is the entheogenic application. An entheogen is defined as:

According to Wikipedia, "An entheogen ("generating the divine within") is a chemical substance used in a religious, shamanic, or spiritual context that often induces psychological or physiological changes. Entheogens have been used to supplement many diverse practices geared towards achieving transcendence, including meditation, yoga, prayer, psychedelic art, chanting, and multiple forms of music. They have also been historically employed in traditional medicine via psychedelic therapy. Entheogens have been used in a ritualized context for thousands of years; their religious significance is well established in anthropological and modern contexts."

From the use of bhang (cannabis) in India, to the ancient Chinese medicine records reporting that the effect of cannabis is to incite communication with spirits, it's undeniable that cannabis has been used for centuries in religious ceremony and ritual, and in spiritual pursuit. (See this article for more).

Perhaps the most widely known modern religious practice of cannabis use is among the Rastafarians. A central practice in the Rastafari religion is to have regular community gatherings, sometimes referred to as "Reasoning Sessions", when members consume cannabis (which they call ganja) to achieve higher states of consciousness and feelings of community belonging. While in altered states they often meditate, sing, chant, and discuss community and religious issues. The cannabis culture of Rastafari has unfortunately been stereotyped by identification with it's most famous face, Bob Marley, who was a Rastafarian and cannabis advocate. (Who incidentally died of cancer- which may lend to a different discussion about the growing belief that cannabis "cures" cancer.)

Marley was also a Jamaican. But to limit Jamaica's rich culture and history to an identity of recreational marijuana use is culturally naive and does a disservice to the political cause of Rastafarians in the long struggle to gain their religious right to use 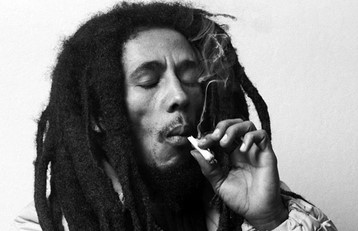 cannabis in spiritual practice. (Believe me, the Jamaicans don't mind that Americans think marijuana is plentiful, accessible, and legal because it has drawn in marijuana tourism and flooded Jamaica with money and jobs. But the truth is that cannabis was not legal in Jamaica at all until 2015, and as of this initial writing, still with limitations). And Bob Marley, as much respect and love as we have for him, and as much of the pride of Jamaica as he is, he does not entirely represent Jamaicans or Rastafarians simply because most Jamaicans are not Rastafarians, and not all Rastafarians smoke ganja. Yet Marley has perhaps unintentionally become the iconic face of recreational marijuana use, as it's been defined in American culture. The unfortunate consequence of this has not only been to perpetuate ignorance about Rastafari and the role of cannabis in the spiritual practice of a Rastafarian, but also to perpetuate ignorance of the sacred uses of cannabis as an entheogen.

Along these lines, it's imperative that when we think about, talk about, advocate for the total legalization of cannabis, we don't limit this to a narrow understanding and definition of cannabis as a 'medicine.' While, as with all plants used medicinally for centuries, cannabis does have it's medicinal properties and can be used to treat a variety of dis-eases, symptoms, and side effects, it's also extremely important to restore the sacredness of the entheogens through acknowledging their spiritual use. Whether you have a relationship with the spirit of cannabis or not, it really is a God-given right that we, as God Children on this planet, have unbarred access to the sacred plants, as it was intended. But as with so much in our modern, urban culture, we haven't been taught to be in right relationship with the earth and her fruits. The sacred has become profane, and the profane made sacred. So restoring the sacredness of cannabis would serve us all well, whether we partake or not.

Our goal here at The Urban Shaman® is to encourage healthy discussion to further our contemporary definition of shamanism and enhance our local practice. We do not intend to instigate or promote argument or divisiveness. Rather, we believe we can achieve unity and clarity within the wholeness of the full shamanic expression. We would like to provide a safe space for everyone to explore shamanism with mutual respect, and to promote the concept of the shamanic archetype, while dispelling the myths and biases of the stereotype. These exploratory questions are intended to encourage this process and open up the discussion.