From the countryside to the concrete jungle 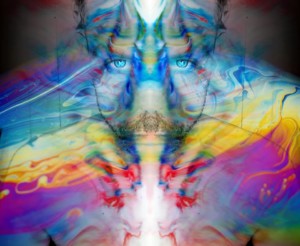 As I dare to broach this difficult subject, the news is flashing images of war, murder and violence across the screen. The media is presenting a lopsided view. Where are our peacemakers? Where are the spiritual leaders? Why isn’t the phenomenal spiritual teacher Eckhart Tolle giving his perspective right alongside painfully non-conscious talking head Ann Coulter? Can we get a spiritual shamanic perspective on these events? Why are we being psychicly bludgeoned by pharmaceutical ads? Why is the answer to violence being portrayed, not with love, but more violence? Who will get us through these confusing and dark times? Where are our shamans?

I’ll tell you where they are. While most free shamans alive in America are basking on the edges of obscurity, the vast majority are imprisoned in mental hospitals unaware they are indeed shamans. If not imprisoned, our shamans are “chemically incarcerated” forced to take a regimen of dangerous psychotropic drugs to dull their spiritual gifts. Misdiagnosed with schizophrenia, depression, bi-polar disorder or post-traumatic stress, our shamans are languishing in this non-aware state believing they have mental diseases. With the shamanic view of mental illness being that it’s simply a call to awakening, what are the spirits trying to tell them?

In America we imprison, hospitalize or medicate our spiritually gifted citizens. We handicap their awakenings by unfairly judging them as mentally ill. Perhaps people are wary or terrified of the unknown quantity or talent of a shaman or spirit worker. There is no institution or council of shaman elders to oversee the development or training of shamans-to-be. In fact, if you have a history of mental health issues, you can be quickly removed from meditation retreats, workshops, or rituals led by shamanic practitioners. Deemed “mental unstable” the shamans-to-be can find themselves banned from the very groups they need the most.

Unsupported, the fledging shaman may resort to suicide. Psychiatry provides little solace. Their peers turning a blind eye to the miracle churning inside them. Mislabeled as afflictions, the shaman’s gifts just keep on emerging. And medication doesn’t help. Spirit workers often experience homelessness and poverty. That’s right. The very people we need most right now are turned into the streets to fend for themselves in an increasingly insane world. The unconscious view is that after imprisonment, shaming, misdiagnosing and poverty doesn’t work, you may as well just starve them to death. Why? Do we live in a culture that hates itself?

I’m not talking about spirit workers who’ve carved a niche for themselves selling books and seminars or sessions that can cost thousands of dollars. These people, while highly visible, are few and far between. They had business acumen or supportive spouses. They were awakened within those confines so their teachings speak to the multitudes seeking en”lite”nment. A softer, gentler form of awakening that doesn’t ask the bigger questions. You can read their books but be turned right back into the world forgetting all you learned. The big names in spirit work are victims of their own success. A private session is virtually impossible. And the people who need them most find themselves unable to afford their services. This is not to discount their work or passion. The secret is to do what you love and let the money follow. So I applaud successful spirit workers along with the abundance that brings. And not all famous spirit workers have had an easy path to that abundance. The best teachings come from strife and struggle. But where are the ground force shamans?

The universe makes shamans exactly where they are needed. A shaman might be awoken in a violent inner city. Among the wreckage of a dysfunctional family. Amidst the tumult of a terrorist attack. Shamans aren’t born by accident. They are made as a direct response to an injury to the collective unconscious. A shaman heals and serves. And for every shaman imprisoned, obscured or cast into starvation, the will of the people demands another be created. But in a non-shamanic culture like America, shamans can be hard to find. The culture is not receptive so many are in hiding and with good reason. As I said before, we imprison our shamans or have them raped, pillaged or murdered. Why is this? If shamans have the cures for what ails us, why is our culture so resistant to their presence?

There are shamans that work in secret. Shamans, by their very nature, do not seek glory or acclaim. And in fact there is no glory to be found in shamanhood. Those that are either outed or declare themselves shaman, are greeted with a vast array of difficult and painful trials and lessons. They are taunted and tricked by the very people they are trying to help. And it’s here where most shamans give up and decide they are not suited for the job. The hours are long and the pay sucks. Some shamans are drawn to dark magic. Some succumb to substance abuse. Others simply go mad.

If this paints a picture that being a shaman is difficult, I grant you that it is. It’s the ultimate service job. No one chooses to be a shaman. The shaman is chosen by the spirits. And while there are schools and classes one can take, most of an urban shaman’s training is done via spirit or through life experience. A shaman cannot be excised from the culture he was born into. Rituals from other cultures cannot be induced. They are inappropriate for the ills of an urban shaman’s community.

Shamanic practitioners have long been criticized for coopting other cultures for their ceremonies. While it’s true that an American can visit a shaman in Peru and receive benefit from a ceremony, if only because nowadays so many Americans have visited Peru just for this reason. The shamans are experienced in helping those from other cultures. And the shamans there get paid. Mostly.

But the industry has given rise to fake or “plastic” shamans. But then again these so-called fake shamans serve a purpose as well. For many these plastic shamans serve as gatekeepers for deeper truths. A shaman is a shaman whether real, fake, imagined or imprisoned. Every shaman is where he or she needs to be at any given space or time. If a shaman is willing to do the work, then they are a shaman. If they don’t do the work, the spirits will handle it. No need to worry.

At some point the shaman will go through the shamanic death. This is where the spirits completely destroy the shaman’s life and relationships. If the the shaman accepts this death and allows himself to be reborn then he earns the right to be called shaman. He earns the right to heal. Now, a shaman can go through multiple deaths and rebirths as he continues to evolve into the type of shaman most needed for this world.

So where are our shamans? They are everywhere if you look hard enough. They are on our roads and in our hospitals. You may pass one on the street. They are teachers and therapists. They are artists and musicians. I think we can redefine what a shaman actually is in this modern world. Where are our elders? Can we consider Madonna, Prince or LadyGaga American elder shamans? There is a shamanistic element in all of their music.

Now, all of the challenges the shaman-to-be faces actually make the shaman stronger. So, in effect, the small percentage of shamans-to-be that make it to full-on shamanhood are the cream of the crop. And while finding them can be difficult, you are blessed when you find one. If one has emerged in your peer or social group, rejoice! You have manifested that shaman into being. That’s where our shamans are. Right under your nose.

(This article also appears on Medium)