I got turned onto The Departure by a colleague who told me about the screening and following panel discussion in Austin, Texas. The entire theater was filled with psychotherapists, primarily because that’s the audience the screening was promoted to. And it was a packed house. But I left thinking that this story is one that needs to be shared with every person in any helping profession- shamans not excluded. 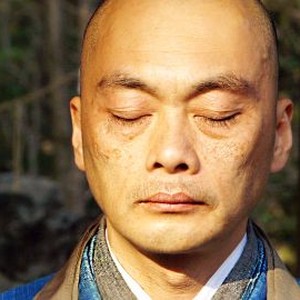 The Departure tells the story of how Ittetsu Nemoto came to be a Zen monk (and a bit unorthodox one at that) and brings into sharp focus his practice in working with suicidal people in his home country of Japan. Japan has between 19.7 and 18.5 suicides annually per 100k people, and ranks 18th in the world for death by suicide. (Compared to the U.S., which ranks 38th and has between 14.3 and 15.3 suicides per 100k people). So saying that Nemoto has his work cut out for him is an understatement.

Although I first saw The Departure in screening, I’ve since watched it three other times, as it’s been streaming free for Amazon Prime members. I highly encourage you watch it. Part of my mission in offering this review is to encourage The Departure as a worthwhile way to spend a bit of time. While it is subtitled, it’s riveting and will keep interest. But even more than that, it touches on themes that nearly every helping professional will face.

The themes of The Departure, all centered around Nemoto’s work with suicidal people and his own existential crisis, lend themselves to deeper contemplation of life, death, joy, pain, suffering, sacrifice, connection, love, and self-care.

A single text comes in between a litany of texts that monopolize Nemoto’s life: “I want to die.”

This simple statement, heard and read day-in and day-out, motivates Nemoto to give more and more of himself. And true to Buddhist philosophy, it’s not that he works to help suicidal people find their existential purpose. He asks the rhetorical question so succinctly: “Does a river have a meaning?” Rather, Nemoto’s approach is to shift people out of their existential pain to find connection within their own lives and with each other. And much like shamanism, he encourages creative, soulful activities in self-expression as a healing medicine for a weary soul.

But these are the siderails of the story. The real story is in Nemoto’s self-sacrifice.

In this day of modern spirituality it’s increasingly difficult to have authentic discussion about suffering, about sacrifice. American culture hardly tolerates suffering, grief, pain, struggle. And unfortunately, American spirituality often doesn’t offer much solace in these ways. But a wise shamanic elder has often reminded me that sacrifice makes sacred. While Buddhism may remind us to just BE, suffering does seek a purpose. It seeks to know it’s not in vain. It seeks transmutation. And while Nemoto may be a Buddhist monk, it’s hard to deny there is something sacred of his work. But at what sacrificial cost?

Nearly every wounded healer finds a sense of purpose in the suffering they’ve endured by transmuting it into service to others. The desire to decrease the pain and suffering of others is often the chief motivational force of the wounded healer. And it can often become the singular purpose for one’s life. Nemoto himself says:

“I don’t want to live a long life just for the sake of it. A short life can be meaningful too. You could take this to mean that I’m not treating my life as a precious thing. Maybe from the outside it looks suicidal. But for me the goal is to give everything I have.” 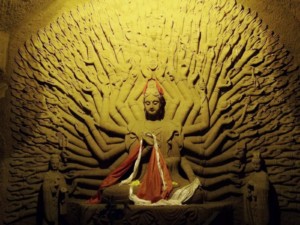 The very definition of the bodhisattva is to deny self in service to others. This correlates significantly with the archetype of The Christ, and reflects Biblical Scriptures outlining such wisdom attributed to Jesus. And it would make some logical sense to assume that denying self would equally mean denying the suffering that self experiences. But the reality is, in human form we cannot, no matter how hard we try, transcend the Ego. It’s the Ego itself which drives the bodhisattva to be such. And equally so for the shaman. The Ego allows us to make sense of our experiences, organize them, correlate them, and is what gives us the power and drive towards self-expression. Thus, denying self is ironically a form of self-expression.

Every aspect of an archetype has a Shadow side, a side that is often repressed from conscious self-awareness. This Shadow can be both harmful and helpful, depending on how it expresses. For the wounded healer the Shadow often expresses as an innocently sorcerous desire to save people (the Savior Complex)- “I have been through shit, and I’ve come through it, so I have all the answers you need to get through it yourself and I can help you if you just follow me.” This subtle, well-meaning intention undermines the power another possesses, and assumes they need or want help. When 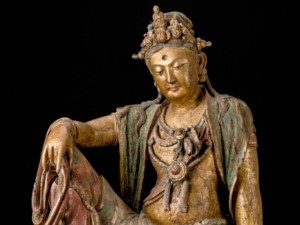 we glean valuable gems through transmutation, denying another the right to their own process denies them the ability to glean their own gems. Sometimes suffering is a part of the process one must go through in order to find themselves. So while desiring to help others find a way out of suffering is motivated by a seeming ‘good heart’, it’s important for the wounded healer to be comfortable with sitting and allowing people who are suffering to just be in their suffering. But if this is something Ittetsu Nemoto struggles with, it’s hardly evident in The Departure, as he often sits with people who are wracked with pain and suffering and he isn’t always so quick to rush in and try to rescue them. Perhaps it is the Buddhist in him that more readily allows for simple being. But another Shadow aspect of the wounded healer is self-harm (via self-neglect), and Nemoto can’t escape this in The Departure. He gives of himself at expense of his personal life and his physical health, pouring all his vitality and life resources into caring for those hopeless and lifeless among us.

Often the shamanic path is marked by an initiatory experience. This experience can be a psychotic break, a near-death experience, an accident or some type of traumatic experience, and/or a physical injury or illness. For some this experience can be a wake-up call- life is ticking on and there’s work to do. But for the wounded healer in particular the initiatory experience itself can be manifested by a chronic habit of not adequately caring for oneself. In these ways the bodhisattva archetype, and specifically Ittetsu Nemoto’s story, can overlap significantly with the wounded healer facet of the shamanic expression.

But one glaring hole in The Departure’s offering is in how Nemoto copes with the ‘failed cases’- those people he expends time and attention to who ultimately suicide despite his investment. Suicide is a contagion, and there’s no way someone can work so comprehensively with suicidal people and not get infected by it. I very recently lost a shamanic brother to suicide (RIP, my Bare Necessities friend). It’s not that uncommon in shamanic work to encounter others on the path who struggle deeply with existential crisis, or to have people come seeking relief from suicidal thoughts. It’s a heavy work that requires a leaning in to places that few dare to go. And The Departure is noticeably absent of any meaningful insight into how Nemoto copes with the utter darkness that suicide can solicit. 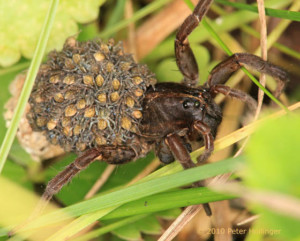 all costs. Like a mother spider with hundreds of babies on her back, Nemoto carries those who have lost a will to live, using his own life energies to sustain them, offer them hope. Because shamanism is newly sprouting from long-suppressed seeds, it is neither mainstream nor thoroughly understood in contemporary cultures. The result may be evident in my own practice, where I find that often the people who seek my help are desperate- they have tried literally dozens of other modalities and found no relief from mainstream approaches. So I find myself working against years and years of failed hope and increasingly compounding symptoms. I very much relate to Nemoto’s compulsion to help suffering people, as well as his struggle to find balance in self-care. And I know it’s the struggle most wounded healers face, many of whom find themselves on shamanic paths. We literally carry on our backs those suffering beings who come to us seeking relief, the weight of their suffering compelling us onward.

I recently came back from a week-long initiation in the woods. Part of that experience required writing down three things we would want to come back for- three things we want to continue living for. This experience was ironically reminiscent of The Departure, and the final scenes when Nemoto must take some of his own medicine. It’s probably good practice to re-member these things on a regular basis. And while The Departure might leave us feeling saddened or disappointed in Nemoto’s obvious disconnection from his own life, equally his life can serve to inspire us to lean in harder, to find healthy ways to cope with the heavy amount of pain and suffering we encounter, and to find reasons beyond service to keep on.

Explore The Departure website. And view the trailer below:

psycho-emotional or spiritual crisis, please reach out for help.