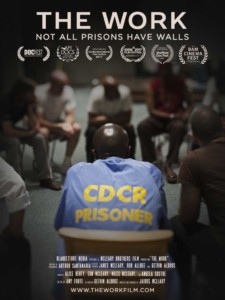 As we step forward to claim and reclaim some sort of shamanic practice that makes sense and meets the needs of people living in complex post-modern cultures, there are many layers and levels to consider. While at both micro and macro levels culture plays a role in defining the practice, there are perhaps certain aspects of shamanic practice that are universal, that transcend culture. One of these aspects is that shamanism is, and always has been, a spiritual practice, with the shaman serving a distinct role in the community. And again, while sometimes that role will vary in it’s technical aspects and application within different cultures, there is a universal thread contained within, and that is the altruistic and often selfless service of the shaman. We are here to do the work. We were born into it. This isn't about a title. It's all about the work.

Much of the time that work entails spending time in the Spirit world, performing various tasks, tending, facilitating, appeasing, bargaining, building relationships, alliances. But it nearly always involves spending time with other humans. This idea that to be shaman is to not be human is likely an inflation. Because yes, while the shamanic expression is a distinct soul shape, if you will, at the base level, we’re all souls inhabiting human bodies.

This makes us all equally inhuman and human at the same time. But being shaman is no different than say, being Sagittarius, or being a man. It’s an expression within the spectrum of human experience.

And yes, while there may be a distinction between the technical skills and applications of a shaman and a psychotherapist, or a healer, or medium, or spiritist, at the core shamanism is about developing and tending relationship- on both sides of the veil.

It’s not uncommon in conversations among spiritual people in this post-modern age to hear sentiment about “enlightenment”, or being “woke”, or “evolved”, or "ascending." And often this is contexted against people who are considered not to be. Oh how 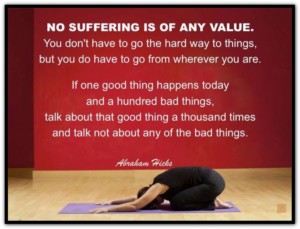 we conscious people must longsuffer the unconscious! And unfortunately this attitude has permeated the shamanic culture in America too. We too easily label and define things as being “low vibe”, or dismiss people on the basis of our own judgments about their beliefs, behaviors, experiences, and expressions. But this truly is antithetical to the work. The role of the shaman is to be of service to the people. And there is a fine line between shamanism and sorcery. Sorcery seeks to cut down, cut off, disempower, nullify, and it always seeks it’s own- even when it appears to be motivated by a benevolent intention. Shamanism seeks the good of the individual, and the good of the all (the community), often at great sacrifice of the shaman. It’s why shamanism has been known for centuries to be a dangerous role that isn’t typically coveted in tribal/shamanistic cultures. A wise shamanic elder often says, "sacrifice makes sacred." Indeed. These beliefs about the vanity of sacrifice and suffering may be antithetical to the core of shamanism, because the practice is about holding sacred space for the transmutation process that must be initiated only through suffering. It's a step that cannot be skipped.

Being of service to the people requires a depth of relationship and commitment to that relationship that we rarely see in post-modern, nuclear family cultures. In some shamanistic cultures the shaman would take in the sick person for weeks at a time, living with them in close quarters, eating with them, sleeping with them. This allowed for more intimate relationship- as if living in a village environment isn’t intimate enough. So shamanic practice across the world is very much about being with people- people in physical, emotional, spiritual pain. People suffering, struggling, fearful, confused. And being able to hold that, to tolerate it, and to mediate it while holding them in sacredness is a fine art of soul tending. It must come from a place of compassion, wholly submitted to the Spirits and the sovereign path of the individual.

While The Work may not demonstrate the full expression of the shaman, it gets at the heart, the core of what good shamanic practice should be founded upon. It takes us on a journey, a short but intense few days, along with a community of wounded men, both incarcerated in the material realm, and free to leave the prison, but all equally imprisoned in their souls and spirits. This process that is being called “the work” is guided by facilitators. Mentors, elders, perhaps shaman. And again, while The Work doesn’t portray a traditional shamanic technique (like what does that look like, anyway?), the process is one of radical transmutation- the stuff that shamanic extraction and soul retrieval is made of. And if you look close enough, you’ll likely see and feel some ancestral clearing going on too.

It's a riveting documentary that will likely evoke a lot of emotions. But hopefully it will also engage your mind, challenge your ideas, expand your understanding.

The Work serves to raise the questions about what modern shamanic practice looks like- what it looks like in cultures that aren’t animistic, and aren’t inherently tribal. Cultures that are wrought with prisons, systemic violence, segregation, social and political wars based on external appearances, economic oppression, and a growing sense of disconnect from one another. While the prison culture is often forced-tribe for benefit of survival, it's the very nature of the prison environment that makes The Work exceptional- because our larger over-culture is an eclectic melting pot of various beliefs and practices, even languages, and is far less homogeneous than indigenous shamanistic cultures. The Work represents the creating of tribe amidst men who ordinarily would not come together, but are united in their need for healing, in their human experiences, in their broken hearts and bound spirits. And it represents what can occur when a sacred container is created and held so wounded men can be safely led down, in, through, and back up by facilitators who are highly adept at doing this kind of soul work. Whether we call it “shamanism” or something else, it is still “the work”, and it demands full presence, full compassion, full commitment, and fearless, selfless service. It's not for the faint of heart.

You can find out how to watch The Work by visiting the website.
And you can support this ongoing work through The Inside Circle Foundation. 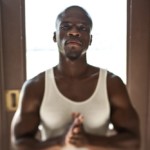 The Urban Shaman is excited to announce that after viewing The Work, our very own Aimee Shaw reached out to one of the inmates who participated in this workshop and appeared in the documentary. She has been corresponding with him for several months now. While The Work was filmed over eight years ago, Dante Granville remains incarcerated, as he is serving a life sentence. Aimee has been granted permission to do an exclusive interview with Dante and will be offering that here at The Urban Shaman soon.